Owner: BC Ministry of Transportation & Infrastructure and Canadian Pacific Rail  |  Lytton, BC

A storm that blew through southern British Columbia on November 14 and 15, 2021 dropped a month’s worth of rain in just 48 hours. These fierce rains created extreme flooding and mudslides that caused catastrophic destruction and road closures throughout the region. Among the extensive damage was the complete wash out of a 100-metre stretch on the Trans-Canada Highway at the Tank Hill underpass that destroyed existing road and Canadian Pacific (CP) rail infrastructure. A portion of the roadway had collapsed and much of the rail bridge fill east of the bridge had completely washed away. The bridge however stayed in place on what remained of the exposed and battered piles.

Following the storm, on Saturday November 20, AECOM was called on to provide emergency assistance to help reinstate the washed-out grade of the highway and to design an interim road and at-grade rail-road crossing to replace the unsalvageable grade separation structure. That day, AECOM began assembling its team and by the following morning design work had begun. By Monday, AECOM staff were on site and in just a short time, a diverse AECOM team of more than 70 specialists from 10 different offices was hard at work on repairing this vital road link between Vancouver and the rest of Canada.

The following Tuesday morning, the team presented to the BC Ministry of Transportation and Infrastructure two design options, complete with plan and profile, ready for their review. By this time AECOM staff were on-site supporting the reconstruction and working collaboratively with multiple contractors.

To meet the unusual demands of this project, AECOM mobilized a team of specialists and senior staff from across western Canada. This talented team had the specific skills needed to respond to on-site issues as they occurred to reinstate the corridor as quickly and as safely as possible.

While work progressed, project challenges continued to emerge including complex drainage and hydrology requirements, as well as the need to manage surrounding grade instabilities during construction.

Streamlined processes and emergency response guidelines were implemented to facilitate immediate review and resolution of issues as they were identified. Staff worked on-site in 24-hour shifts, seven days per week through rain and snow, amid the coldest weather conditions to hit British Columbia in many years. Work that would have typically taken several months was executed in just eight weeks, including over the Christmas break.

Hydrotechnical and climate specialists were engaged from BC, Quebec, Manitoba and Ontario to support our staff in British Columbia and on-site. Our team also included project managers, field staff, geotechnical, road engineers, and rail specialists from the local region and from across Canada.

This portion of the Trans-Canada Highway opened on January 14. In an accompanying news release Rob Fleming, Minister of Transportation and Infrastructure said:

“We all owe a huge debt of gratitude to all of the crews and staff who have put in long hours to make the repairs necessary to reopen Highway 1 through the Fraser Canyon. The construction and engineering accomplishments to get people and goods moving again after the highway sustained such heavy damage are nothing short of remarkable.” 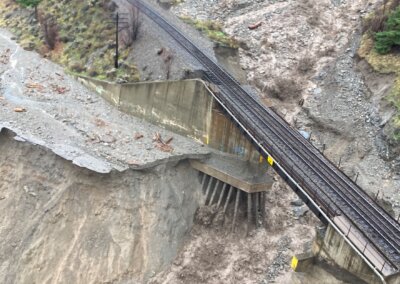 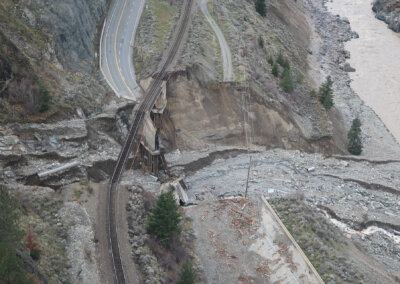 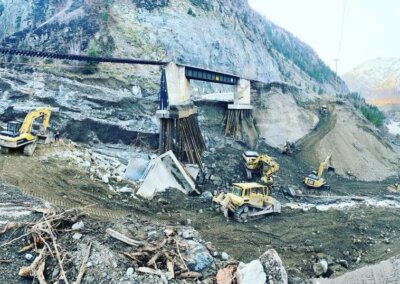 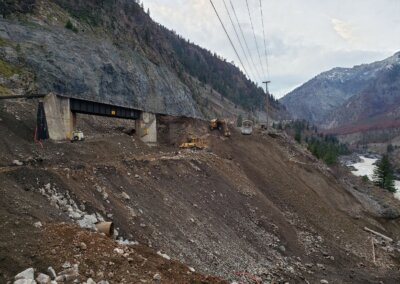