The Canal Lachine Bridge, a project of the Ministère des Transports du Québec (MTQ), is the new signature structure in downtown Montréal, Québec, Canada. The curved cable stayed bridge is the centre piece of the $1.5 billion Design-Build Turcot Project. The 350-m long structure was built in stages to accommodate the overall project construction schedule and maintain traffic during all stages of construction. The design required a close collaboration between designer, contractor, architect, fabricator, and owner.

The 50-m wide superstructure carries two independent carriageways with a total of six traffic lanes. The main span utilizes a pylon and single plane semi-fan arrangement of stays to support the 88-m main span over the Lachine canal. It is the first curved extradosed bridge with a composite superstructure type that utilizes multiple coupled steel box girders. The unique design had to accommodate construction of one carriageway to carry traffic for two years without cable supports before the second carriageway could be erected. Both halves were tied together at the lower cable anchorages and the pylon location after establishing composite action. In this stage, they form a unique, highly redundant composite steel grillage system that achieves both, structural efficiency and aesthetic elegance.

This innovative extradosed system with expansion joints only at the abutments is fully isolated from the substructure via friction-pendulum bearings to control seismic design forces on substructure elements and their foundations. This allowed slender single columns and mono-pile foundations. The bridge is an excellent example for the advantages of the performance-based design approach in seismic and non-seismic design scenarios to achieve safety, functionality, structural redundancy and resilience in a competitive Design-Build environment.

The challenge was to develop a superstructure that allowed a concrete deck while spanning 88 m with only 2 m of structural depth. Curved box girders are very stiff for torsional demands and permit an interaction between longitudinal bending and torsion. This interaction allows to intentionally reduce longitudinally bending moments if the stiffness ratio (torsional stiffness over bending stiffness) of a hyperstatic system is purposefully chosen. The key question was to develop a superstructure type with significant torsional stiffness but with extremely slender girders. The solution takes advantage of multiple mini box girders which are tied together to one steel grillage system. A span of 88 m was now possible with the governing box girder having only a structural depth of 1.8 m and delivering a maximum load deflection of only 88 mm (span/1000), an exceptional value which is typically only achieved with massive superstructure types. 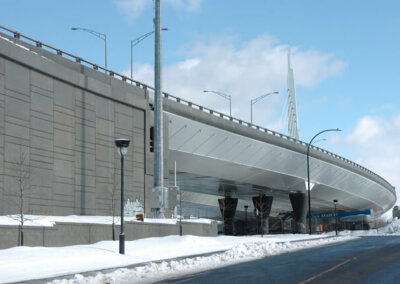 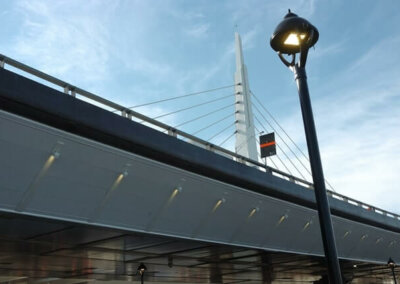 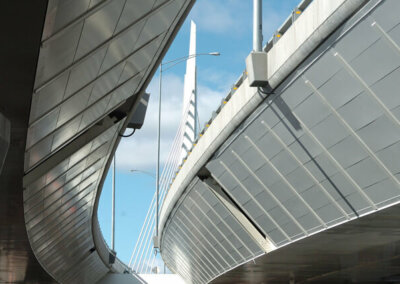 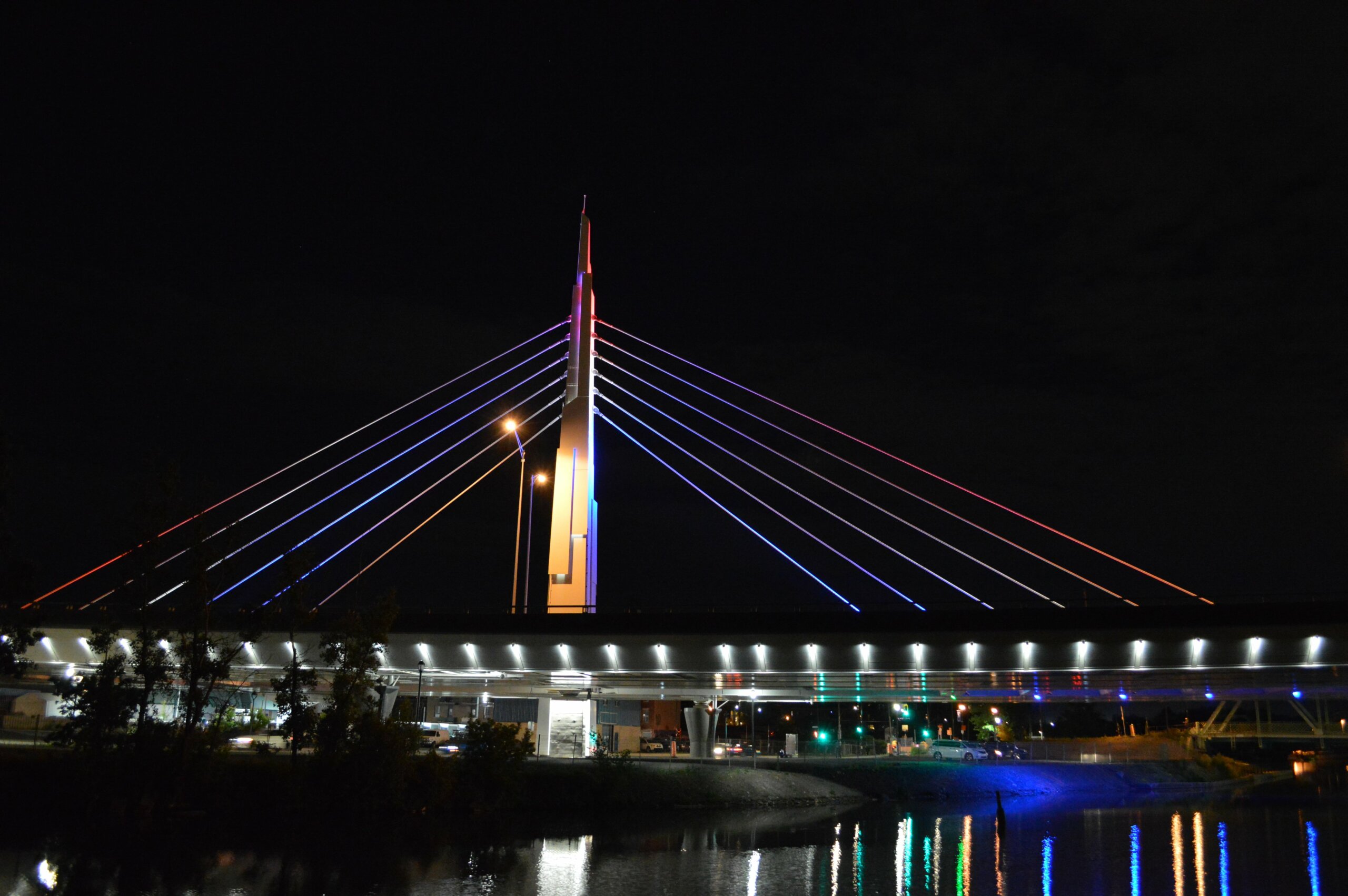