For the first time in 20 years, residents of Kluskus Village have a reliable supply of drinking water straight from their tap! Located on Lhoosk’uz Dené Nation’s traditional territory 200km west of Quesnel, Kluskus Village is accessible only by forestry roads without cell phone coverage, and are often cut-off due to flooding, wash-outs or snow blockages.

Previously, the Federal Government had installed 2 shallow wells near Kluskus Creek to meet the Village’s drinking water needs. Unfortunately, the wells were positioned close to traditional burial grounds and a wastewater septic field, causing concern and skepticism amongst the community’s water users. Water from these wells had elevated levels of iron and manganese, which resulted in reddish brown sediments and a strong odour. As the water did not meeting drinking water standards, the community continued to rely on bottled water for drinking and cooking. The residents were also reluctant to use the water for bathing, due to its foul taste and odour. Moreover, the water stained their containers and damaged equipment such as washing machines.

Previous attempts to provide potable water considered engineering objectives solely, and no effort was made to consult Elders, community members or the water operators to understand their needs or concerns. Lack of understanding of the history of the Village meant that the location of the wells was always problematic. Operations and maintenance issues arose with the wells and treatment system, stemming from the lack of access to training, difficulty in sourcing replacement parts and unreliable delivery of required chemicals and supplies.

Committed to Canada’s Truth and Reconciliation Commission’s Call to Action, the team adopted a “Community-Circle Approach”, developing a respectful and collaborative relationship between all team members. From the project’s outset, weekly virtual project meetings, coupled with in-person community meetings, ensured the project team, Elders, operator, and community members were all involved in planning, design, procurement, and construction. The trust and relationships built between all meant that questions, issues, and concerns were identified early. As advocates for the community, we developed solutions together, and looked out for their best interests both in the short and long term. Community members were engaged and felt that their unique needs and insights were heard for the very first time.

Special measures addressed the remoteness and the size of the community. The team recommended a treatment process of cartridge filtration and UV disinfection that is easy to operate and maintain. A design-build approach for the water treatment plant reduced the chances of problems during commissioning; the entire treatment system was built into a standard shipping container for ease of transport, and tested in factory before delivery. Reservoir storage for up to six days of water supply was provided, in case of temporary outages of the WTP. Training was provided to operators. The Community-Circle approach ensured a solution that suited the community’s needs for the long term. 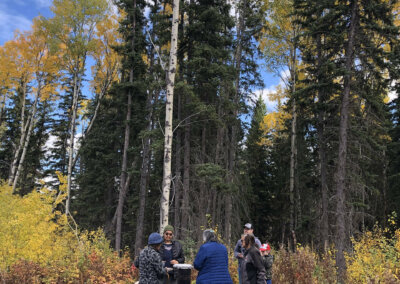 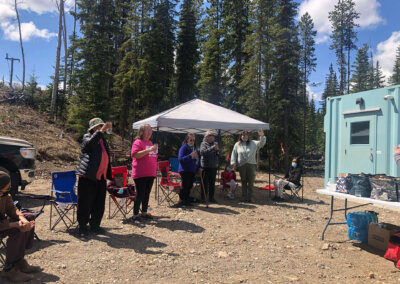 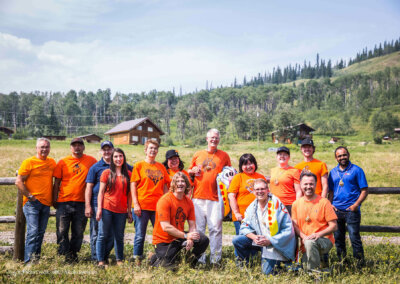 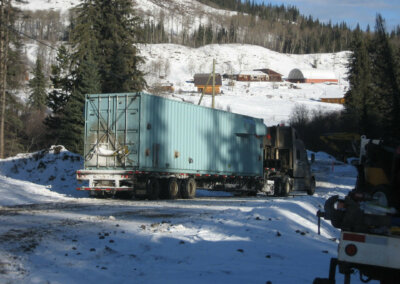