The Maplewood Marine Restoration Project (MMRP), on the north shore of Burrard Inlet, near the Ironworkers Memorial Bridge, is a marine site that was identified as a critical nearshore habitat restoration priority in Burrard Inlet by the Tsleil-Waututh Nation. Providing the largest eelgrass bed in Burrard Inlet, the project includes the transplanting of approximately 125,000 eelgrass shoots to create a 1.5-hectare eelgrass bed – about the size of one and a half football fields.

Located within the Northeast Basin of the previously dredged Maplewood Basin, MMRP involved transforming approximately 5 hectares (ha) of lower diversity marine habitat into higher diversity marine habitat for fish, birds and other wildlife. The higher diversity habitat included: intertidal flat, eelgrass, and rock reef habitat. During the development of the design, the Project Team collaborated with local Indigenous groups on the design and implementation of the project.

Marine infilling work established subtidal and intertidal benches to support the planned habitat. In excess of 230,000 cubic metres of Fraser River sand and over 12,600 tonnes of rock was imported and placed into the basin to create a subtidal retainment dyke, and rock reefs. Subsequent transplanting of approximately 125,000 eelgrass shoots created a 1.5-hectare eelgrass bed, the largest eelgrass transplant ever performed in Burrard Inlet.

A major portion of the marine habitat created at the MMRP site is being used to fulfill the fish habitat offsetting requirements for the Centerm Expansion Project (CEP), as determined by Fisheries and Oceans Canada (DFO). A portion of the rock reef habitat in the southwestern corner of the MMRP site is being administered under Vancouver Fraser Port Authority’s (VFPA) habitat bank (the Maplewood Habitat Bank Rock Reef).

The subtidal and intertidal habitats were created through the beneficial re-use of approximately 230,000 cu.m of Fraser River sand, dredged as part of the annual river dredging program. This river sand was deposited in seven stages approximately 1.0 m thick, comprising 500 mm thick layers. The placement methodology anticipated primary consolidation of the underlying soils and placed material, with hold periods between placement stages to allow consolidation and settlement to occur. The infilling forming the subtidal and intertidal habitats are held in place by a two-meter-high rock dyke extending across the entire Northeast Basin from the western foreshore to the existing eastern slope of basin. The subtidal zone was subsequently transplanted with 125,000 eelgrass shoots to create a 1.5 ha eelgrass bed.

The rock dyke and rock reefs involved the placement of over 12,600 t of rock of varying sizes (average diameter of 600 mm). The reef layout was developed as a series of individual islands, enabling delineation of rock reef areas for future monitoring of fish habitat productivity. In addition to the creation of these three habitat zones, a rock apron was created through the placement of approximately 455 t of rip rap at the mouth of the barge channel in the northwest corner of Northeast Basin. This rock apron provides an area of outflow diffusion at the barge channel to limit tidal scour action and an additional foreshore interface for visual and habitat variability. 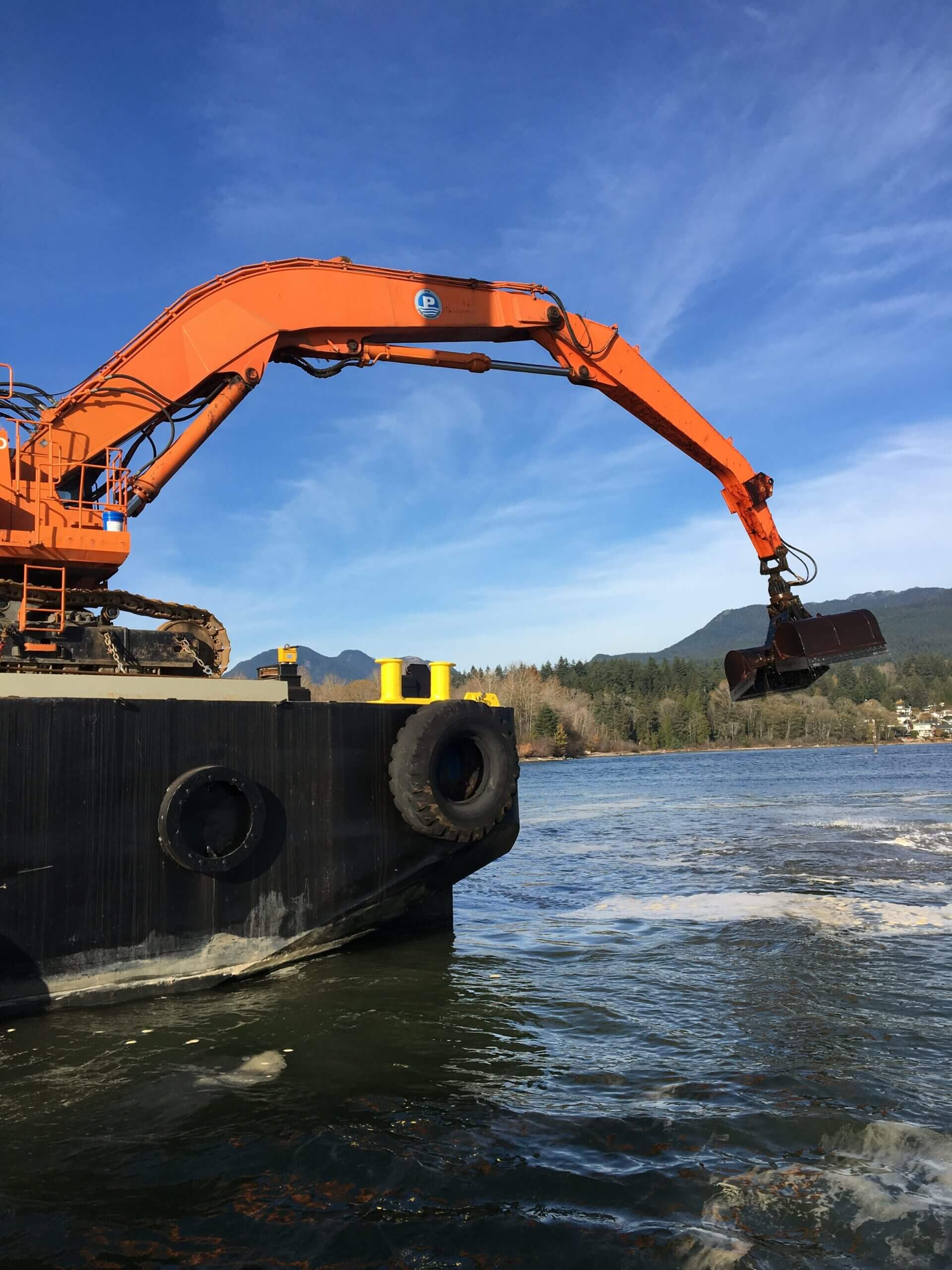 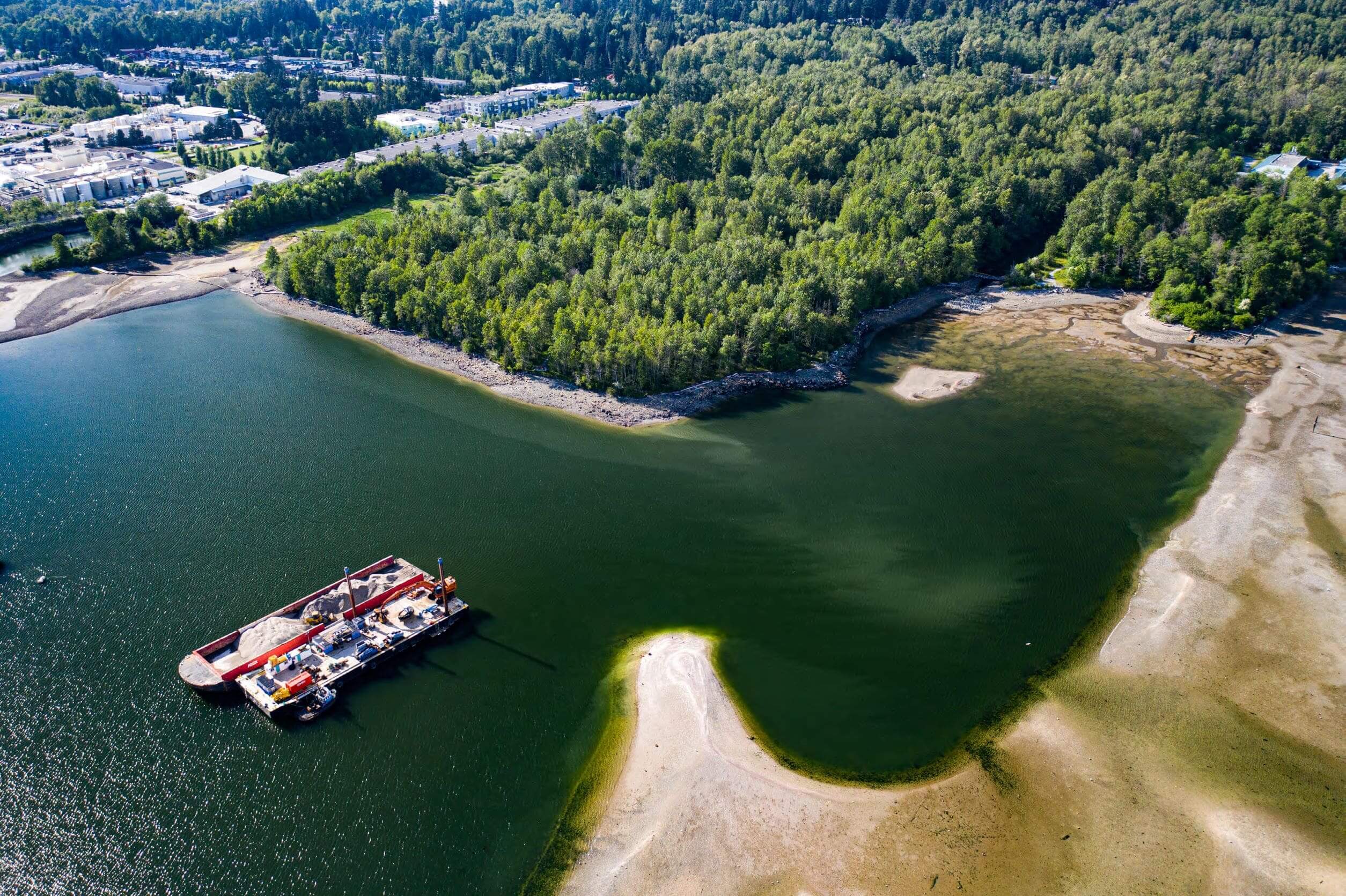 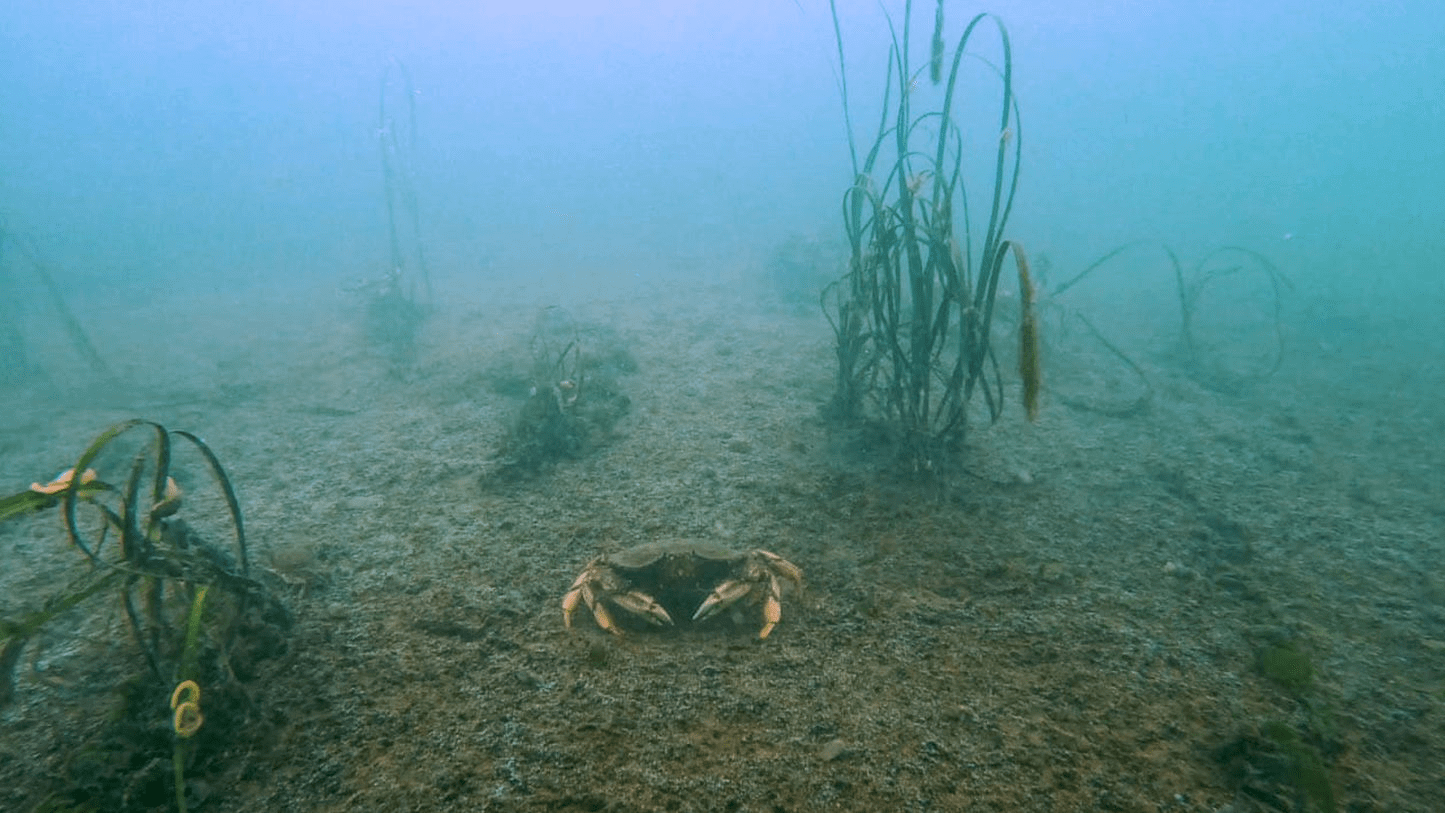