Owner: BC Hydro |  Vancouver Island, BC
[

In the 1980s, BC Hydro determined that Bear Creek Dam would fail during a moderate earthquake. The reservoir level was permanently lowered such that, if it failed, the amount of water released would not jeopardize the safety of the Jordan River Diversion Dam. The overflow spillway was deepened to maintain the lower reservoir level, and the low-level outlet was discontinued.

The primary objective for the Design Phase of the Bear Creek Intake Tower Removal Project was to produce an engineered demolition plan and drawings for the safe removal of the intake tower from the Bear Creek Reservoir by helicopter.

KCB’s role included designing rigging attachment points to the intake tower, rigging requirements for lifting via helicopter, and providing a construction sequencing and safe working procedures for removal of the intake tower. KCB also prepared drawings and specifications for the permanent plugging of the intake structure with tremie concrete, which included working with the contractor and concrete suppliers on methods to place the concrete to minimize environmental concerns. KCB was on site for the duration of construction to monitor progress and provide quality assurance. 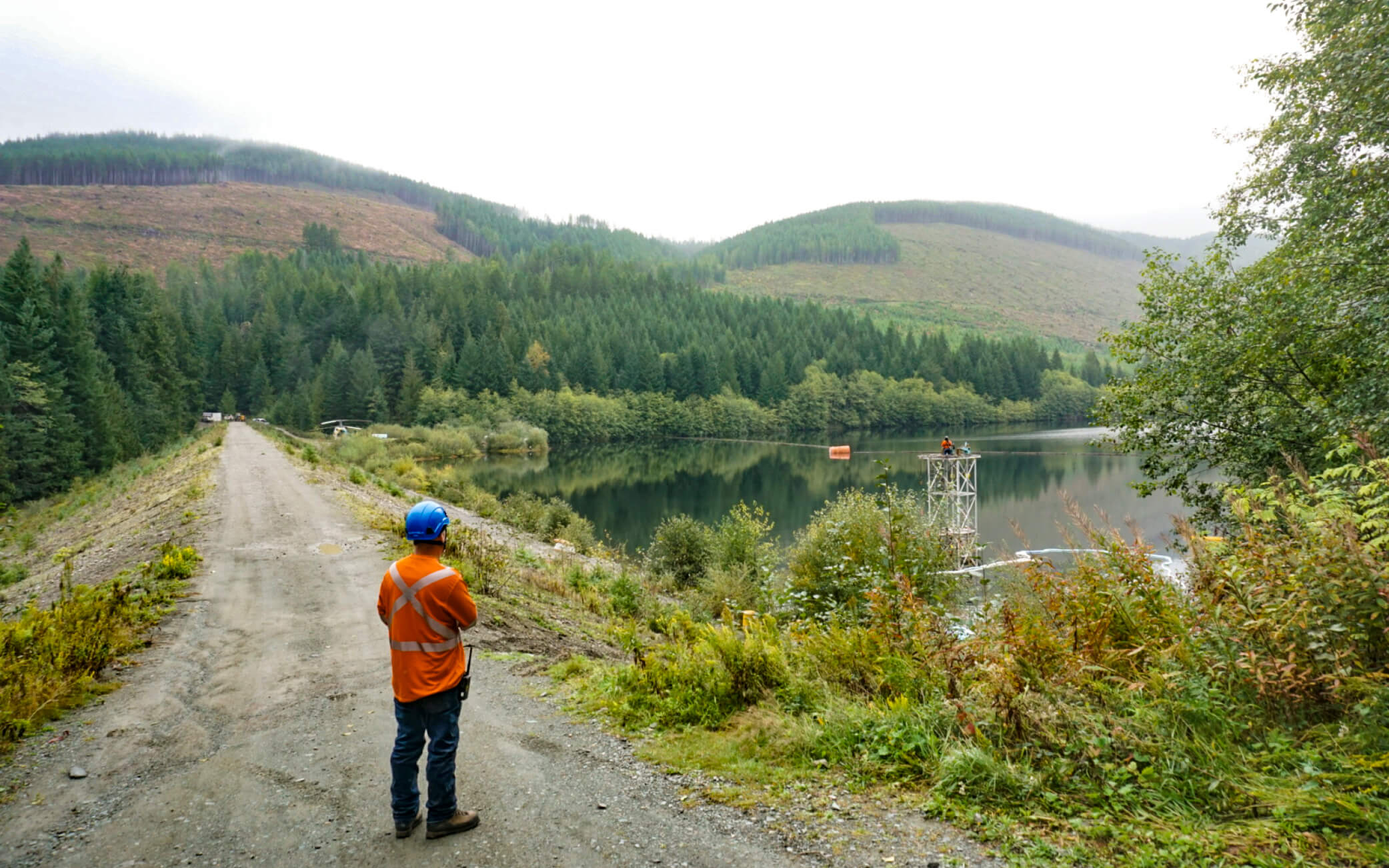 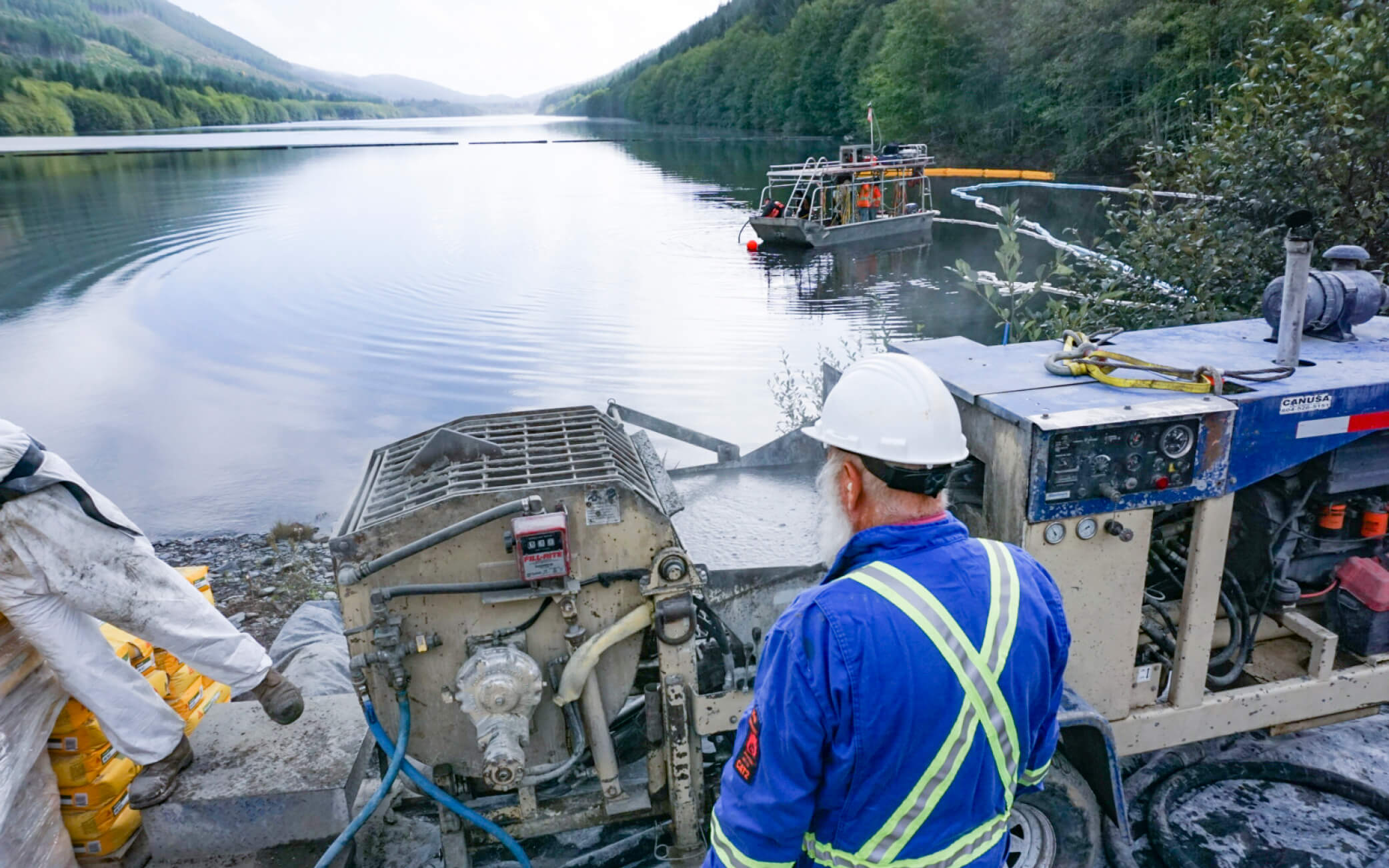