Kitimat is the Pacific terminus for LNG Canada’s proposed export pipeline. One of the environmental conditions required for Federal approval was to restore access for migrating pink and coho salmon to spawning grounds in Anderson Creek which had not been available to the fish for more than 65 years. Their passage had been blocked since the construction of a concrete bridge apron that has since deteriorated into an impassable 3m weir. Without a fishway, LNG Canada would not gain Federal approval for their nearby terminal. As prime consultant, McElhanney was part of a design-build team with Ledcor-Haisla Limited Partnership (LHLP), responsible for most aspects of engineering design, including concept development, hydraulic modelling, biological expertise, and civil and structural design.

With construction substantially completed in June 2019, hundreds of salmon have been spotted upstream of the fishway and it is estimated the newly accessible spawning habitat could accommodate up to 600 mating pairs annually. In a region with some of the finest fishing in BC, this project showcases how a well-engineered design can mitigate historic fisheries impacts, truly reflecting Kitimat’s motto, ‘A Marvel of Nature and Industry’. 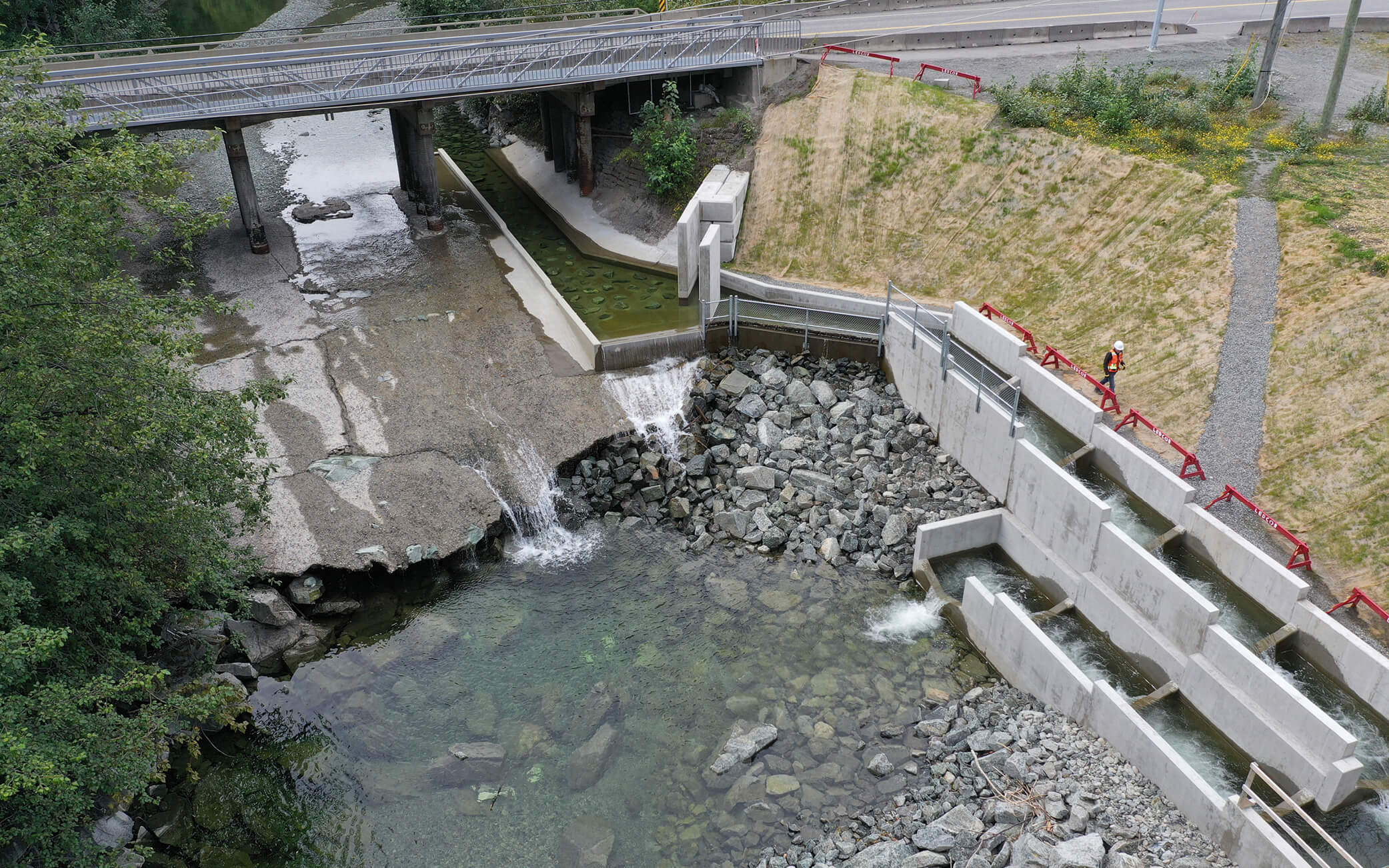 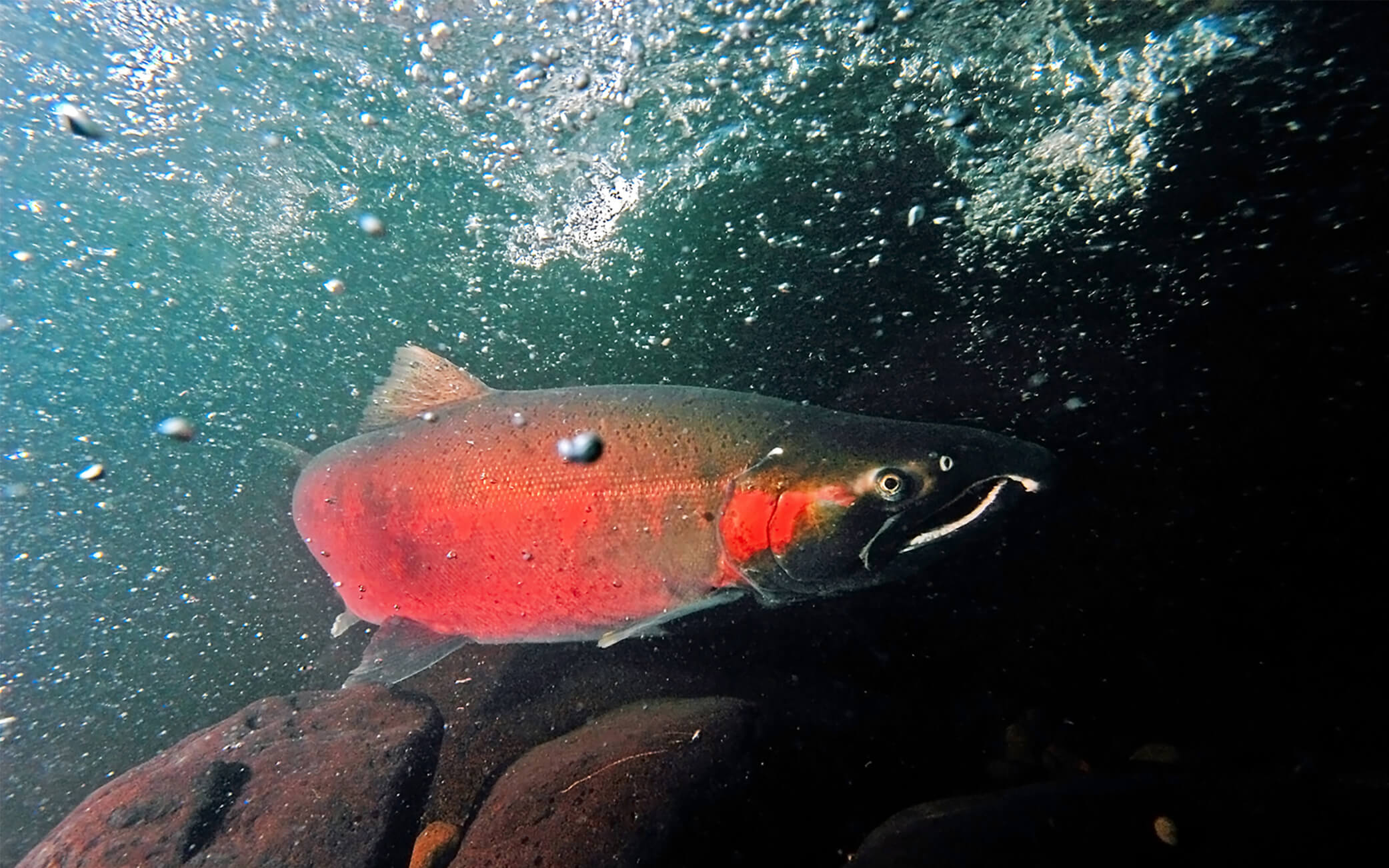